"For That Money" single by female rapper Tneek released 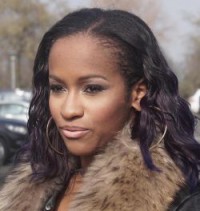 LONDON-based Tneek, who's worked with award-winning gospel diva Lurine Cato and is regarded by many as Britain's best female Christian rapper, released a single on 8th May. "For That Money (ftg Trell)" follows on from 2017's mini-album, 'R.I.C.H.'. In an interview last year Tneek said, "I consciously decided I wanted to pursue music when I began to see how women in the rap scene were beginning to only promote sex and power. [It was] demoralizing young women who love rap music, and I wondered where the Lauryn Hill of this generation was. I wanted a change, or at least an alternative. Then I said to myself, if you want to see change, the change starts with YOU - and so I'm taking on that mission!"