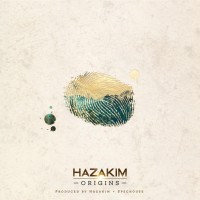 THE HIP-HOP duo Hazakim, based in Broward County, Florida, have released their third full-length album. Consisting of brothers Mike and Tony Wray, Hazakim's 'Origins' album features guests Spec and J The Producer. Hazakim have previously released two albums, 'Theophanies' in 2009 and 'Son Of Man' in 2014.

For more on Hazakim visit the Hazakim artist profile