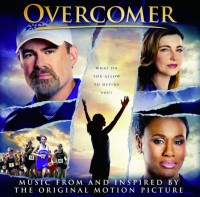 IN AUGUST, Britain's Authentic Media will be releasing the various artists project 'Overcomer: Music From And Inspired By The Original Motion Picture'. The film, directed by Alex Kendrick and written by him and his brother Stephen Kendrick, tells the story of a high school basketball coach who finds himself taking on the task of coaching one of the least likely contestants in a cross-country race to overcome his challenges. The soundtrack for the film includes "Overcomer" by Mandisa, "Who You Say I Am" by Hillsong and "Enough" by Koryn Hawthorne.

the soundtrack is truly blessed! there are a few additional songs not included in the official album https://soundtracki.com/overcomer-2019-soundtrack