Connecticut's Zabbai releases "All You Tell Me" single 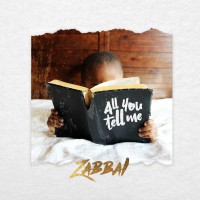 CONNECTICUT-based rapper Zabbai has released a single, "All You Tell Me". Said the emcee, "It is an ownership song. Owning our identity, owning who he says we are, accepting the fact that we are blood-bought kids of the Kingdom. Kingdom kids don't think twice or doubt whatever their Abba has spoken over them. In result, there is a boost in confidence, boldness and self worth. Because he calls me son, and because he has never lied, I now believe 'All You Tell Me'."