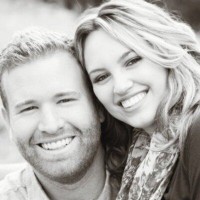 THE HUSBAND and wife duo described as "long-time pillars of the Bethel Music community," Paul and Hannah McClure, are set to release their first standalone album, 'The Way Home', on 30th August. For the project the couple worked with producer David Leonard, who encouraged them to reconnect with their Americana, North Carolina roots. Speaking about the theme of 'The Way Home' Hannah McClure said, "It's truth but in a palatable way." Paul added, "We want people when they're around us to feel like they can be themselves and be at home. I'm realising that songwriting and life are the same thing as far as they are a process and a journey. The songs are a snapshot of who we are, where we've been and where we come from." The couple have been featured on every major Bethel album release since 2010 with songs like "Jesus, We Love You", "One Thing" and "Faithful To The End".