Passing On The Baton 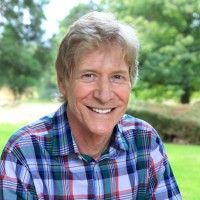 THE LONG-running host of BBC Radio 2's Monday night Blues Show, Paul Jones, is to step down from the role to be replaced by Cerys Matthews. A former lead singer with '60s rock band Manfred Mann, Jones has presented the programme for the last three decades and said it was time "to hand over the baton". He said, "I have loved playing tracks from the world of Rhythm & Blues on Radio 2 over the last 30-plus years. I'm very grateful to all my listeners (not least for their influence on the content of programmes) but it's time for me to hand over the baton - and I hope and believe Cerys will derive as much joy from the new show as I have until now." Jones continues to front The Blues Band and undertakes regular tours of UK churches with his wife Fiona Henley delivering their Christian testimony.

Thank you Paul Jones for giving us Smokestack Trio the opportunity of appearing on your Rhythm & Blues show in 1999 a live recording from Pebble Mill in Birmingham. Should this message ever reach you we wish you all the very best with your future pursuits. Thank you once again.