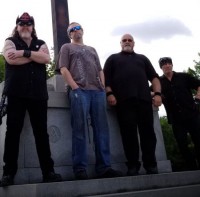 A BAND from Middletown, Ohio, who play what they describe as "positive metal", Weapons Of God, will release a self-titled album through Roxx Records on 26th July. It was produced by Luke Nealeigh from another Roxx Records act, BioGenesis.

Great Band with a positive message!