Album released for musical The Power & The Glory 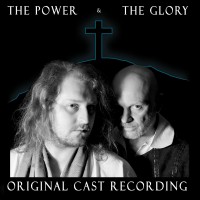 DOUBLE ALBUM 'The Power And The Glory' features the songs, sung by the original cast from the musical of the same name, which premiered in November 2017. The premiere and CD sales on that night raised over Â£2000 for Weston Park Hospital. Songs include "Road To Jerusalem" and "The Last Supper".