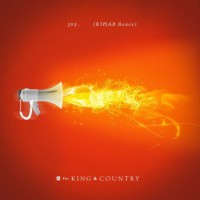 ONE OF the songs, "Joy", from the best-selling album 'Burn The Ships' by For King & Country has been remixed and released as a single by renowned Dutch DJ and record producer, R3hab. "Joy (R3HAB Remix)" is released through Curb/Word Entertainment.