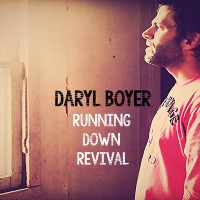 NEW JERSEY-based Daryl Boyer has released a single, "Running Down Revival". The track is described as "a toe-tapping, powerful song about stepping out of brokenness, pursuing freedom, dropping chains and running into the revival fire of God, and in many ways mirrors Daryl's own testimony of finding freedom in Christ."