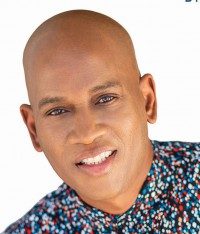 THE SINGLE by Brent Jones "Open Your Mouth And Say Something", which recently topped the Billboard Gospel charts, has led to the forthcoming release of a 15-track album of the same name on 14th September. The album will be issued by JDI Records. Guest artists on the project include Barbara Mitchell and Shari Demby. The album also includes live recordings of "Cry Holy" and "Don't Wait Till Midnight".