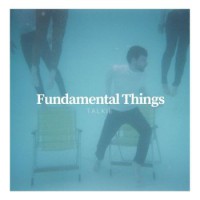 SAN FRANCISCO-based rock band Talkie have released a mini-album, 'Fundamental Things'. The quartet, founded in 2014, met while touring in previous acts and the release follows their album 'Hablas' (2015).