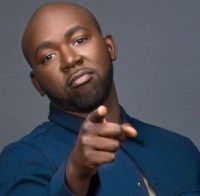 BRITISH gospel singer James Francis, who recently sang with the Kingdom Choir at Prince Harry and Meghan Markle's wedding, has released a single and video, "Free To Be Me". It is Francis' second single and was produced in London by Chris Morris. James has recently played concerts with JP Cooper and Josh Groban, and his voice can be heard on TV commercials for Tesco and The Great British Bake-Off.