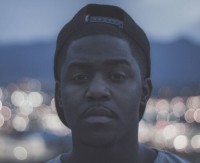 COLORADO Springs-based rapper Cory Ard has released his debut album 'The Blackout'. Speaking of the album Ard said, "'The Blackout' was written to say to the world that there is something more for all of us. I know the purpose of my life is to give hope to those caught in the same places I grew up in; hurting, alone and thinking I needed to be tough to prove to the world who I was. I found a hope that has changed my life, given me purpose and something to live for on this Earth, and I want to share that with others."