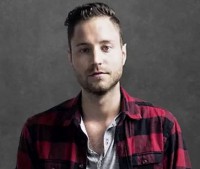 CANADA's award-winning singer/songwriter Dan Bremnes, who has built up a major following with his Ed Sheeran-style loop pedals and samplers performances, has signed to Word Entertainment. His new single "Going Together" is his first since his 2015 debut album 'Where The Light Is' and was produced by Toronto-based Mike Wise. "Going Together" is dedicated to Bremnes' wife of 10 years, Britt. The songsmith will be undertaking a 47 city tour of the US in January opening for headliners Lecrae and Skillet.