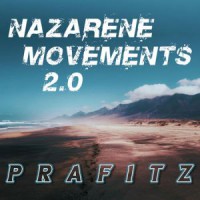 A VETERAN hip-hop group from Harrisburg, Pennsylvania, Prafitz, have released a six-song EP, 'Nazarene Movements 2.0'. Prafitz disbanded in 2002 and original members Prafit Josiah and In'telleckt (aka X-Amount) have gone on to solo work. But now 'Nazarene Movements 2.0' has been released, which contains some new-to-the-public material, plus some tracks originally recorded for the group's debut album, 'The 1st Prophecy'.