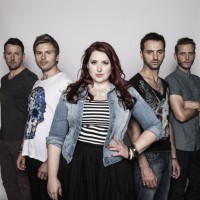 THE AWARD-winning mainstream country band Jess & The Bandits, fronted by Texan singer Jessica Clemmons, are touring the UK in August including an appearance at the Cottingham Folk Festival on the 27th. The band will be performing songs from their new album 'Smoke & Mirrors'.