Pat Barrett, Kelly Minter and others on latest hymns project 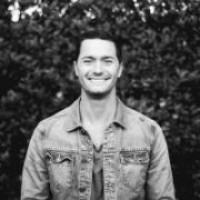 WELL-KNOWN worship leader Pat Barrett, acclaimed for his work with Housefires and as a solo artist, is one of the featured singers on the new various artists project 'Simple Hymns: Songs Of Communion'. The album also features such worship leaders as Kelly Minter, Joanna Beasley and Gabe Wilson in the ongoing 'Simple Hymns' series released by Venture3Media.