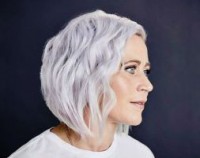 THE UK'S most watched weekly music TV programme, BBC's Songs Of Praise, will have a special modern worship focus on the 7th April. The programme was filmed in Brighton and features Lou Fellingham, Stuart Townend, Martin Smith, Noel Robinson, Bright City and Philippa Hanna. Townend, Fellingham and industry veteran Les Moir are interviewed in the programme.