'Beyond' album by Libera set for October release 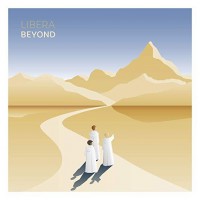 THE INTERNATIONALLY renowned London-based youth choir, Libera, are releasing 'Beyond', described as "a transformative and spiritual musical experience." It will be launched at a concert at London's Westminster Cathedral on 17th October. Libera will then undertake dates in Japan, followed by Christmas concerts in the UK and Russia. The release follows their globally successful 2017 album, 'Hope'. Read a press release, "'Beyond' includes 'Sanctus' with its extraordinary vocal range and heavenly serenity, the breathtakingly beautiful melodic elegance of 'Salve Regina', the exciting and uplifting 'Benedictus Deus' and, as an antidote to the angst and pressures of modern life, 'Voca Me'. The latter holds the record for the highest notes on 'Beyond' - higher even than the top C in the famous 'Miserere' by Allegri; [Libera singer] Leo Barron notches up a top D!"

For more on Libera visit the Libera artist profile