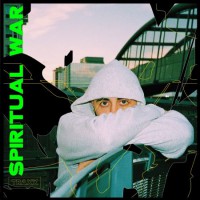 CARDIFF-based Traxx, who was the founder and frontman of punk grime band Astroid Boys, has left the group after seven years and launched as a soloist. Working with producer Mohsis (otherwise known as DJ Motorious) Traxx has released a single and video "Spiritual War".