California's Sada K issues "We Can Make It" single 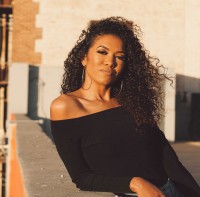 A SINGLE "We Can Make It" by California-based R&B gospel singer Sada K has been released. Sada K signed with RMG Amplify in January. Sada said she hopes "We Can Make It" will let people know that she's not here just to sing, but here to spread love and unity to everyone.