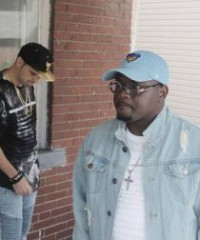 WEST VIRGINIA-based hip-hop group By Him Alone Ministries aka BHAM have released the single "Stay Down". The single depicts the struggles of an African American woman and her eventual redemption through the power of Christ. BHAM take their inspiration from Huntington, where the group formed, which is known as America's "overdose capital".