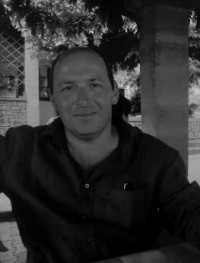 AN ALBUM by KDMusic is set to be launched at Northern Ireland's Keswick At Portstewart event on the 6th-12th July. Said Dave (KD) Whitcroft about the project 'Sunshine For Rainy Days', "It's a mix of worship, reflection and biography from over the years. I've one song out already that's light and fun and loosely Christian based on the Christmas adventure of a cousin and wife cycling through Southern Africa. I'm part of the Keswick Portstewart music team working with Roy Rainey (father of Katryn Scott), and so the musicians on the recording are all experienced and locally respected within NI - Ian Hannah, Rick Swann, John Hegarty, Gillian Brown (wisener). We've recorded at Tre Sheppard's Zero Hour studio in Coleraine, so the engineering is to a good standard as well."