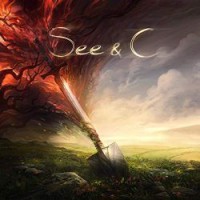 A NEW Utah-based duo, See&C, have released an EP, 'Swords To Shovels'. The group consists of Chad Hewitt, who earlier this year released the piano instrumental album 'Upside Down', and singer/guitarist Matt Pattrick.