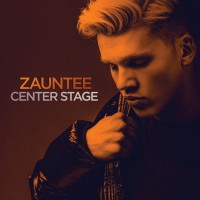 FLORIDA-born pop artist Zauntee, who's "Fanatic" has recently gone onto the Cross Rhythms and xRhythms playlists, has released a new single through Fair Trade Services, "Center Stage". Both songs will appear on Zauntee's debut album, to be released this spring. Zauntee has been producing his own music since he was 14. In 2017 he released his first music video independently for "God Taught Me", which has received more than 6.2 million views to date.

For more on Zauntee visit the Zauntee artist profile