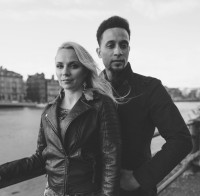 A NEO-SOUL, gospel and hip-hop band from Newcastle-upon-Tyne, Beauty4Ashes have released a single "Taste & See" based on Psalm 34. It is the title track of their debut album set for release at the end of August which will consist of half live and half studio tracks. Said the group's singer and songwriter Aprilsoul, "The album has a variety of flavours from jazz ballad to hip-hop to gospel to soul making the album appealing to a mixture of people. Our heart is to share the truth of the Gospel to everyone through song and, by God's grace, win souls for the Kingdom and encourage the Church."