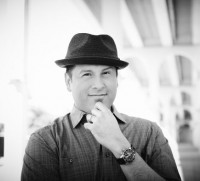 DIFFERENCE MEDIA have released the latest album by worship leader Ricardo Sanchez, 'Taste + See: Live In Texas', which is described as "featuring Sanchez's signature Latin and Caribbean grooves alongside jazz and funk influences." The live project was produced by Sanchez and Louie Higuer. Sanchez has written several influential modern worship songs including "It's Not Over (When God Is In It)" recorded by Israel & New Breed and which inspired Sanchez's 2012 book It's Not Over: How To Keep Moving Forward When You Feel You're Losing The Fight and the Dove Award-winning "The Power Of One".