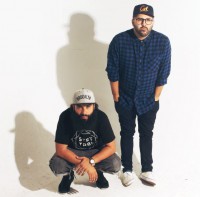 TWO OF Christian music's hottest acts, rappers Social Club Misfits (with over 105 million global streams and 140k global career album consumption) and worship leader Crowder (whose three solo albums have made one, one and two on the US Christian charts), have collaborated on the song "Testify". It is released on 17th May through Capitol CMG.