"The Chosen Ones" single released by Virginia's SpiritualSong 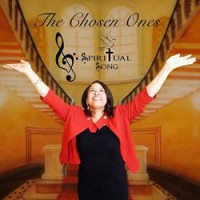 A VIRGINIA-based duo, SpiritualSong, consisting of David and Michelle Briscoe, have released a single. "The Chosen Ones" is issued independently.