'The Elements' album by TobyMac to be released on 12th October 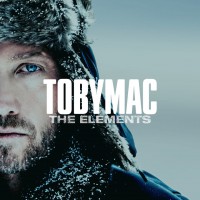 THE EAGERLY awaited new album by seven times Grammy-winning star TobyMac is called 'The Elements' and will be released on 12th October. It will be Toby's first all-new collection of music in three years. Toby started crafting 'The Elements' on the road, writing songs and bringing producers out on tour to collaborate. He told Billboard magazine, "The most important thing to me are the concepts, what am I saying to people. I've got to be going through some life myself and that's why it took so long. I have to experience some things, struggle with some things, overcome some things, I get in the trenches before I have enough to write about. That's why it took me a few years because I want to write about what's really going on in my life. I find when you write about what's really happening in life it resonates more with people than fictional stuff." 'The Elements' will feature TobyMac's biggest song in six years, "I Just Need U", while a second single, "Everything", is currently becoming another major Christian radio hit.