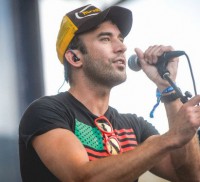 MAINSTREAM singer/songwriter Sufjan Stevens is receiving critical praise for his latest album 'The Greatest Gift'. Read a review in Mojo magazine, "Described by the man himself as a 'mixtape' 'The Greatest Gift' lifts a veil of sorts on Stevens' creative process in the making of 'Carrie & Lowell', his extraordinary, profound response to the death of his mother. Some of the songs here may not have made it directly onto 'Carrie & Lowell' but everywhere there are wisps of melody and rhythmic patterns from the songs that did. And more to the point this is a beautiful record in its own right."

Sufjan is a poet and he spins extraordinary stories on this album. Beautiful, sad, ultimately uplifting and delivered with that irresistibly gorgeous voice.