"The Grey" single by Thrice released 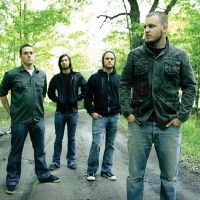 ROCK band Thrice from Orange County have a released a single, "The Grey", after signing with Epitaph Records. The four-piece band said, "We grew up listening to and being inspired by Epitaph bands and have always admired and respected the label's independent spirit and ethics. To finally be a part of the family there is an absolute honour and we couldn't be more excited about our future with them." Frontman Dustin Kensrue previously released a solo album 'Please Come Home' in 2007 that revealed his spirituality.

For more on Thrice visit the Thrice artist profile