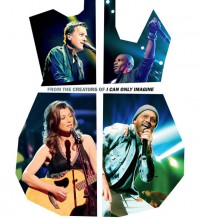 A MAJOR film documentary covering the growth of Christian music "from America's '60s counterculture movement to become a worldwide phenomenon" is being premiered in American cinemas on 1st October. The Jesus Music: The Soundtrack Of A Movement will feature such artists as Lauren Daigle, For King & Country, Amy Grant, TobyMac, Chris Tomlin, Michael W Smith, Kirk Franklin, Steven Curtis Chapman, CeCe Winans and many others.

Directed by the Erwin Brothers (I Still Believe) and distributed/produced by Lionsgate, described as "the most successful mini-major film studio in North America," the film tells the story of its subject "from its humble beginnings at the Calvary Chapel in Costa Mesa, California through its transformation into the multi-billion dollar industry of CCM today."