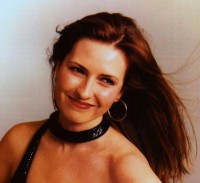 BRITISH singer/songwriter Helen Jayne McKellar will shortly be releasing her new EP 'The Last Minute'. A single from the project "Who Do I Think I Am?' was released last November. 'The Last Minute' was produced by James Welch at Masterlink Studios in Send, Surrey. Four songs are collaborations with hitmaking singer/songwriter Judie Tzuke and Judie and her daughter Bailey Tzuke are singing background on the project. Read a statement on Helen's website, "The EP also features a cover of Judie's 'Ladies Night' complete with Judie's own new interpretation of verse 3."