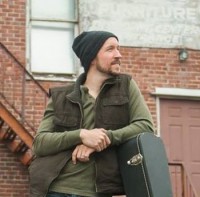 THE SINGER and songwriter from Pennsylvania, Gordon Gregory, who is described as writing "authentic piano/guitar-based songs that use pop sensibilities to penetrate the heart with messages of hope and homeless," has released 'The Mosaic'. As well as a six-song EP version 'The Mosaic' has also been issued in a Deluxe Edition featuring live versions of the songs and artist commentaries.