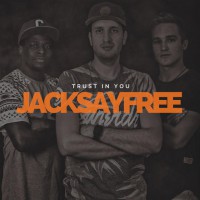 A SWISS EDM trio JackSayFree have released their first single "Trust In You", which is about trusting God and following him. The group consists of established solo artists DJ Jack Dylan, singer-songwriter Saymo'K, and DJ FreeG and formed in 2017, after which they started touring together. Their website claims the group is "known for always trying out something new. . . Not only is a JackSayFree-performance loaded with a lot of power, action and party tunes but also with catchy and profound lyrics."