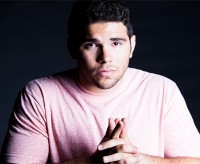 TWO SINGLES, "Flood" and "Rewindat", have been released by Phoenix, Arizona-based rapper Davis Absolute. The latter was produced by Santhosh, winner of Andy Mineo's Strange Motions competition and is from Davis' upcoming project 'Eden'.