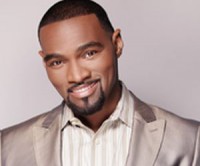 GOSPEL singer Earnest Pugh spoke about the release on 7th September of his album 'The Unsung Hits' through EPM Music Group/Entertainment One. He said, "These are songs from my various albums, but they were never radio singles. I've been singing these songs in concerts recently and I've been getting such great audience response to the songs that I decided to release them as an album."