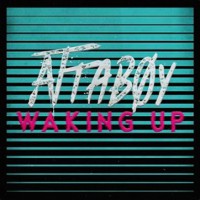 THE INDIANA-based pop rock band Attaboy, who in the past have released such albums as 2007's 'So Much For Today'; 2009's 'Shout'; 2010's 'Being Remade'; 2012's 'Motion Towards The Miles' and 2016's 'Vitals', have signed a deal with Ian Eskelin's Radiate Music. The first single under the agreement is "Waking Up", which was produced, engineered and mixed by Doug Weier (Anberlin, We Are Leo). Attaboy's Jeff Edgel said, "'Waking Up' exhorts listeners to not only recognise the need for change, but to push past apathy and pursue action toward it. In a world filled with hatred and barriers attempting to separate us, the song celebrates living a life characterised by unity and love."

For more on Attaboy visit the Attaboy artist profile