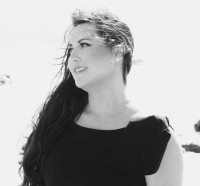 AWARD-winning producer Ian Eskelin has worked with singer Natasha Owens on her album 'Warrior', released through Radiate Music. Said Owens, "I want to show people that they can make it too. Being a warrior means that my wounds have healed, but I still have the scars to prove it. The scars remind me that I don't have to worry about the next battle because I know God will be standing with me."