Worship Out Of Illness 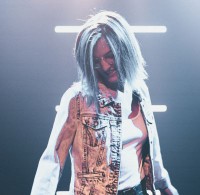 A SINGLE "Never Gonna Let You Go (ftg Brandon Gill)" has been released by Southern Californian worship band Binley. Read a press release, "Andrea Hamilton Binley (lead singer), along with co-writers Brandon Gill and Teddy Obot, penned 'Never Gonna Let You Go' as a reminder that even in the midst of hardship, peace and hope is available in God's presence. The message hits close to home for the lead singer, who has learned to worship God through the struggle of a chronic illness. While dealing with several autoimmune conditions, Andrea says her journey of healing has been a beautiful place to worship from."