At long, long last, the seriously hot AJ MORA album 'Transformed' is in the UK bookstores. DJ Coopoid spoke to the man. 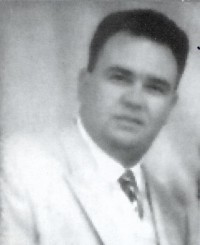 Hard, housey, dubby and guaranteed to fill a floor is how you'd describe the music of AJ Mora. Our hero was born in Costa Rica, Central America, as Alvaro Mora Jnr (hence AJ for short). His family moved to Los Angeles when he was two years old and his father became a preacher soon after his conversion to Christianity. However, this was no hindrance to AJ's love of dance music, as he recalls.

"I always wanted to copy the songs on the radio with the piano my dad bought, he was very supportive even though dance music is of concern in a lot of conservative Christian homes. He encouraged me to do what I thought God wanted me to do, and I've always tried to do it with integrity, even though I haven't always been as close to God as I am now."

The first time sanctified dance land began to hear of AJ was when his album 'Transformed' came out in the States a year ago on Scott Blackwell's N-Soul label, though he had by then become an influential DJ in LA and had remixed or produced tracks on 30 or so 12 inches, many of them released on a record label he co-owns, called Aqua Boogie.

But it's Transformed' that's truly introduced him to the sanctified dancer. AJ describes the album as a "statement of my re-commitment to the Lord and whatever he would want to do in my life by his transforming power." The music is generally hard, housey, dubby and fairly simple vocally, lyrically and in arrangement. The message is clear and obvious enough to cause people in the LA clubs to ask AJ about his faith, which was one of AJ's aims for the album.

"It's a challenge to stand up for what we really believe in," says AJ, concerning life in LA clubland. "Although the environment is dark in what it alludes to, with a lot of lust and drugs, I think it allows for God's light to pierce through, but you really have to be in tune with God in order to make a difference. The music is one way, but the way that you conduct yourself is the real challenge. It's not easy, but with the Lord's help it's manageable!"

AJ doesn't play exclusively Christian or gospel-influenced dance music in the clubs, but he makes "very careful choices" about the tracks he plays, so that clubbers can hopefully notice a difference between him and other DJs, and so the music can somehow "speak to the hearts of the people dancing."

When listening to his music you can sense that AJ has a heart for worship. All the same, he is sensitive to the differing environments of the club and the Church! "In a club, no one is there to worship: they pick up chicks and dance. My set is worshipful to me, but it's very hard to create that atmosphere for those dancing in a secular club. When I play at a Christian event it is definitely worshipful, and it's a lot of fun because everyone is there for that purpose. Even when they invite unsaved friends, they immediately get the hang of what's going on and they start dancing because there's a spirit of worship that begins to grow in them."

With tracks from AJ Mora's N-Soul debut on vinyl, along with a few other N-Soul productions, Christian dance music is getting the recognition it deserves in the general dance scene: N-Soul tracks are now being licensed to appear on mix CDs produced by a number of influential West Coast DJs .AJ confidently states that" people are starting to see there is something real on the vocal and it's coming from the heart of people who believe in something that is truth. They restarting to see those great aspects of it as well as the production style and quality that matches up with anything else that's out there, allowing it to become very popular and very much accepted without second best at all.

"(Christian dance music) is going to start picking up a lot more and it's going to get as competitive as the secular market in the sense of production and quality. I see it getting exciting, more cutting edge. I see more Christian producers coming out and wanting to make a difference. I look forward to partnering with all the other producers, remixers and DJs out there who love Jesus and want to make a difference with this talent he has given them."