Kenny Mitchell: A DJ making a big noise in dance 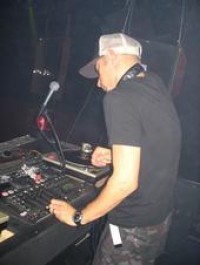 Kenny Mitchell is originally from Brooklyn, New York, USA and is now living in Portsmouth and part of the Revelation I church community. Kenny is known for is inventive deejaying, with an emphasis of indigenous worship sounds being an integral part of his music. Musically he plays a mix of house, garage and drum and bass.

Kenny is one of the busiest DJs in sanctified dance and has recently, deejayed at Greenbelt and on the Delirious d:Tour and at events such as the eternal rave in Leipzig and at the Love parade in Berlin. Kenny also has worked with Hydro on I their track "Aborigination".

Kenny also talks of quality and substance about dance music. He said, "To have Christians who are DJs or producers or designers who are known first of all for the quality of what they do and the integrity of the stuff that they put in it. Rather than on a religious belief, that may or may not have any whereabouts on what they do...so at the end of the day if you're a bad DJ you're a bad DJ, not just because you're a Christian."

The future holds for Kenny the possibility of deejaying more at regular clubs and hopefully a trip back to the recording studios as well.

The opinions expressed in this article are not necessarily those held by Cross Rhythms. Any expressed views were accurate at the time of publishing but may or may not reflect the views of the individuals concerned at a later date.
About Andrzej Iwanowski
Andrzej Iwanowski is a bit of an expert on sanctified dance music and supports Leicester City FC.