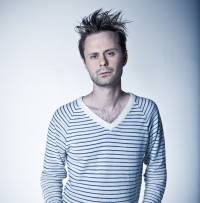 Anyone who caught Swedish singer/songwriter Andreas Sandlund's performance at the 2011 Greenbelt Festival will know that this gifted musician is several cuts above the average. Stockholm-based Andreas has just released his new album 'Destiny'. It's been three years since Andreas' critically acclaimed 'Sacred Love' project. Andreas commented, "So far I have released CDs in three year intervals. Don't know why. Perhaps I should try to speed up the process in the future. . . When I write for myself I often wait for something that I feel has something special about it, more than just being a 'good' song. It's pretty easy to just put together a pretty decent pop song with some catchy melodies in the chorus or whatever. But I aim for something more, a certain atmosphere, a nerve, and that is not really something you can just order like that. Some time pass by and suddenly you feel the creative urge and new songs begin to take form. It's like you almost know there and then that it's the beginning of a new album. Then of course, when you finally are beginning to record it, occasionally it can be a long process of planning, booking recording sessions with various musicians, mix dates, booking studios, etc, etc."

'Destiny' was produced by Sandlund with help from Rolf Klinth and Johan Eckborn. Explained Andreas, "Both Johan and Rolf are producers as well but had the role of recording some of 'Destiny'. Johan was a bit more involved in the beginning of the process, we did some live sessions in his studio, etc, and Rolf was more involved in the later stages with the mixing and some recording as well."

Andreas has been working in the Swedish music scene for years. Beginning at an early age he played in his own band, wrote songs and performed at many venues. With this band he won a national Christian music contest and the grand prize was to record a four-track EP. While still only 19 Andreas moved from the southern parts of Sweden to Stockholm. He started to play with various artists and groups and began to build up a reputation as a pianist and vocalist. He studied for a couple of years at the Royal Academy of Music in Stockholm. With a gospel choir he did many concerts as a pianist. One of the highlights was a performance at Manger Square in Bethlehem on Christmas Eve, 1999. Andreas was kept busy working as a musician for hire with many Swedish artists, both on recordings and live. He performed on national TV and was heard as a backing singer on various commercial pop albums while his songwriting abilities were recognized when he was signed to major music publisher Warner Chappell as a composer.

However, Andreas had long dreamed of recording his own solo album which expressed his strong Christian faith. Finally in 2006 he did just that, with the 'Diamond No 1' album. Wrote a Cross Rhythms reviewer, "Throughout, Sandlund's high and fragile voice is reminiscent of the young Michael W Smith's vocal style and he delivers convincingly. The opening track indicates desire to know and be known by God; the swirling electronica enhancing a feeling of searching and disconnect from your True North. Others like 'In The Winter' and 'Embrace' have a feeling of prayer set to music. 'Save Me' and 'Keep It True' increase the dance-style BPM while sprinkling subtly Edge-influenced guitars across the songs." Songs from 'Diamond No 1' were played on radio stations in territories as diverse as Australia, Italy, the Netherlands, Greece and the UK. 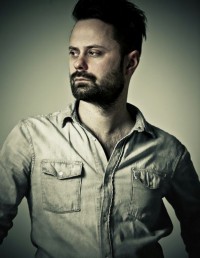 It was to be three years though before the singer/songwriter released his second album, 'Sacred Love'. Again, it gained some international radio play with some American stations giving some exposure to a radio edit of the album's first song "Stay With Me". Wrote the Cross Rhythms reviewer, "The song 'It Is Your Grace' is an example of Sandlund's good ballad writing and then later on he turns in a surprisingly convincing performance on 'Be My Gravity' which fuses heavy rock and Eastern influences."

Now, three years on, comes the songsmith's third album. Although Andreas is reluctant to pick favourite songs, he admits to a particular fondness for 'Destiny''s title track. He said, "I like the feel in the song, the lyrics, it just feels like it holds together, lyrics and music - that is what you always strive for when writing songs. The lyrics have an important message as well." About another of the album's tracks, "Deliver Me", Sandlund recounted, "I got an email from someone that really had been helped by that song. It's always nice to hear such things."

One suspects Andreas will be getting more emails about his music in the coming months.