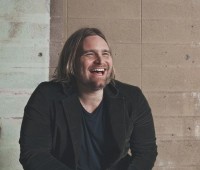 When the Cross Rhythms reviewer commented on the new album 'Children Of Promise' on Jesus Culture Music by Andrew Ehrenzeller he wrote, ". . .the epic 'Farewell Babylon' - complete with hints of Peter Gabriel in his 1980s prime - is the undoubted highlight of this enjoyable release." However, the reviewer knew nothing of Andrew's particular journey of faith and his monumental battle with health issues. Stylistically noted as worship with a "prophetic edge," Andrew, a native of Florida, had previously recorded the independent album 'Beauty Is What Remains' in 2010. He now lives in South Florida with his wife Mary Kat and newly born son Liam Valor. This is his testimony.

Change happens. It's inevitable. Some people embrace change better than others. Though it seems most of us prefer to keep the status quo and not disrupt the comfortable routine of familiarity. Not if, but when change happens we prefer it to be in smaller doses. Little did we know that everything would change for me and my wife that Friday morning. Walking out the door we didn't have a clue what was ahead. We were the ones about to be changed.

My wife Kat was due to deliver our first child, a boy we named Liam, in about a week or so. Making the most of our free time was a no brainer. Frequent day dates were the usual. That day we went to one of our favourite local spots with plans to catch a matinee of the new Noah movie afterwards. But our plans changed (as they often do). Decision time was upon us.

See, I'd been having some minor health concerns for a few weeks. I took a hard fall on a fishing trip a few weeks earlier and thought maybe concussion symptoms were lingering. We wrestled with the decision, but the symptoms had gotten to the point where I just couldn't ignore them any longer. If we were going to investigate, now had to be the time. Standing there in the movie theatre with tickets in hand, I had to make a choice. Of course, I would much rather sit through a visual storytelling of the biblical epic than spend way more money to sit in the emergency room for a few hours. That would have been a mistake, however. So I listened to the voice of God speaking to me through my wife and agreed that we should go. Peace of mind is far too great a virtue to give up so frivolously.

From the theatre, my wife and I drove straight to the hospital. Walking into the ER at Boca Regional all the stares were pointed in her direction because when a nine-month pregnant woman goes anywhere, the husband is irrelevant. Asked what the issue was, I sheepishly responded, "I'm actually the one who needs help." I explained my situation and filled them in on what I thought was wrong. They fashioned me a wristband and asked us to wait for the nurse to escort us to our room.

Then the moment of truth came. A couple of blood tests and CT scan later we were confronted with the gravity of present circumstances. The doctor who was warm and welcoming at first came back into the room with a much different look on his face than before. Hurriedly, and with a sense of panic, he proceeded to tell us that not only did I have major swelling in my brain, but that the CT scan also showed two lesions, one that was sizable and virtually untouchable. Life changed.

As you can imagine, the fear in the room became very real. My wife and I immediately burst into tears and reached for each other. And it was in that moment I had another choice to make. A choice presented to me many times before. I had to choose whether or not I would allow the information I just received to have power over my life or would the Spirit of God? My reality was "I AM SICK." God's reality is "I AM HEALER." In that moment, I had to decide from which reality was I going to live. My reality or God's? The realm of the natural or the supernatural? The realm of fear or faith? The realm of man's word or God's word?

Immediately we sent out word for people to begin interceding for us. My thoughts were a tempest. A hundred different scenarios began to play out in my mind. I wasn't so concerned about myself. My thoughts were of the well-being of my wife and my soon-to-be-born son. With so much to live for, with so much promise on the horizon, the timing of these circumstances just wreaked of the devil.

Within minutes, we had two good friends by our side bearing witness of God's faithfulness. These friends spoke life and encouragement into us. One shared a vision she'd seen as soon as she got to the hospital. She said she saw in the spirit a fortress surrounding us, that we were safe in God, and that nothing was going to harm us. This was especially encouraging because the first song I wrote after my wife and I got married is a song called "Mighty Fortress". As I was writing this song, the Lord promised me that my entire household would always know him as a mighty fortress, one who is safe and secure, one who can be trusted. 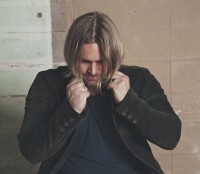 After officially being admitted to the hospital, I was taken to the ninth floor, the neuro ward. I felt special in my own private room with a beautiful view overlooking south Florida. People pay big money for that kind of treatment. My room number was 912. This was significant to me because I had specifically been praying Psalm 91 over my family for the past few months in preparation for our huge life change. Not only was our son going to be born that April, but Jesus Culture was about to release my record, 'Children Of Promise', on their label the very same month! I remember Kim and Skyler [Smith] calling us to share the good news about how the record was being received. Distributors from around the world were getting a hold of 'Children Of Promise' and having encounters with God in their offices. Over the phone Kim and Skyler took time to pray for us and bless us, and to remind us that God is faithful to his promises.

Jesus taught us that "he who has ears let him hear." Seeing that room number 912 almost made me laugh because immediately I could remember what I'd been praying so fervently for my family. . . "I will say of the Lord, he is my refuge and my fortress, my God; on him I lean and rely, and in him I [confidently] trust!" Ps 91:2

God was speaking and I was listening. A promise is a promise. And to see my wife in her most vulnerable state so filled with the strength and confidence of Holy Spirit encouraged me greatly. She said right from the beginning, "Andrew, the only thing the devil is permitted to do is set a stage for God to reveal his glory. That's it." Such wisdom flowed from her. Such peace.

So, for the next five days, I went through a series of tests. The doctors poked and prodded me more times than I care to remember, attempting to find some semblance of what was ailing me. My vitals were checked constantly. They were looking for cancer, but they couldn't' find any. It was baffling. And yet during this time there was such an outpouring of love from the body of Christ, such a sense of God's peace in that very room that nurses and even doctors would come by and linger for a few moments. I sensed they felt at home in that atmosphere of hope. In the midst of the storm there was Jesus completely at rest right there with us. We truly felt covered.

Liam's birth was only days away, so the doctors really had no choice but to release me. That was on Wednesday. Liam was going to be born on Friday of the same week, at the same hospital. My wife moved the scheduled C-section back to Monday, April 7th, to give us a few extra days to recover. So I came home for the weekend and we pressed pause on the issues I was facing so we could direct our attention to Liam's arrival.

Glad that you are well. Think of you often
Why do you think god did not heal John
Plenty of people were praying

What a testimony,Wow!!!!! Just listened to Beauty Is What Remains,so impressed I had to find out more about you.May God continue to protect and bless you and and your family.

I have not heard any of your albums you have released Andrew but I thought of you tonight and wanted to see how you have progressed over the years. Blessing be to your miraculous healing, there is no greater healer than above. I am going to check out your music and see how it translates from you life experiences and see way I get out of it. I am not surprised by your recovery, miracles are unusual for those who have faith. Glad your doing well :) Congrats on your child!

Still stands as one of the most incredible and encouraging testimonies I've heard. He didn't even mention the chief surgeon who he ended up befriending during the experience and had a major impact on. That's a whole other cool part of the story. I seriously appreciate Andrew's music so much more knowing his prophetic journey.
The first time I heard his story was just last year when a friend of mine had an almost identical diagnosis. He was just 31 when he discovered he also had a life threatening illness and the amazing thing is that God also gave him psalm 91 as his chief scripture!! I made him listen to a testimony of Andrew I found online to encourage him. One year on (and several surgeries later) my friend has been given the all clear and is moving back to join our ministry school this month! Amazing God!

Thank you Andrew for your amazing testimony. God lead me to it after wanting to know who this singer was that sings Cornerstone. Can't get this song out of my head and don't want to. May God continue to bless you and your family. Keep writing and singing your praises to God. You bless me.

What a testimony!!our God is greater!!faithful!!he has done what man has not done or can do!i bless God for you.am blessed,encouraged by your testimony.God bless you and keep you.