Antonio Neal: Days of his life

New R&B soul gospel hitmaker ANTONIO NEAL has had some pain and dues-paying in his young life. He was quizzed by Tony Cummings. 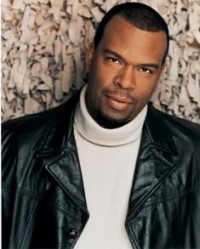 A lot, a whole lot, has happened since raw young songwriter Antonio Neal found his way to the Nashville offices of Toby McKeehan (otherwise known as TobyMac) clutching a batch of demos. By the time he'd left he'd secured five tracks on a new album by the Katinas. Since then Antonio has gone on to pen songs for Stacie Orrico, Jody McBrayer and many more. And now he's a fully fledged recording star himself. Antonio's 'Days of My Life' has been a major US radio hit and Cross Rhythms are currently playing Antonio's sinuously soulful "You Don't Know". I began by asking this St Louis-raised singer whether he'd set out to weave old skool soul sounds into a modern urban setting. Explained Antonio, "I am just doing what is in my heart. Tedd T and I had such great chemistry and we just wanted to be true to what was in my head. I call it 'urop' fusion of urban and pop. I wasn't trying to make a statement, I was just creating music that I loved and believed in."

One of Antonio's favourite songs on 'Days Of My Life' is "Flashback". Said Antonio, "This is just the put-the-top-down-on-your-car, relax song. I love singing it. It puts a smile on my face as I reflect back on how God has truly blessed my life, and also it's the song that people like to do a little stepping to, so it's fun to watch that happen also."

Antonio was born in Alton, Illinois, a suburb of St Louis, one of seven children. His father worked on long-term construction projects, almost always out-of-town, and often seeing his family as little as two weekends a month. As a result, Antonio's mother had a strong and defining hand in raising her offspring, and active church involvement was an important and ongoing part of the family's life. Antonio sang in church choirs as a kid but never felt a calling to pursue music beyond that. His initial exposure to music was the traditional choral gospel music he heard in church and occasionally on the radio, but he was never really moved by much of what he heard until his older brother started bringing home albums by contemporary R&B/gospel acts, such as Commissioned, Andrae Crouch and the Winans.

While his mother didn't allow secular music played in their house, Antonio still managed to hide a radio under his pillow and absorb the mainstream hits of the day, with acts like DeBarge and Stevie Wonder, as well as older artists - Al Green, in particular - making a big impact. He and his family moved to Houston during his first year of high school when his father received a job transfer. By that time Antonio was well on the way to his adult height of 6' 4", and a gifted athlete dreaming of a career in professional basketball. He met the woman who would become his wife, Sharralisa Hendrix, at church when he was 16 and was immediately smitten, though the two became and remained only "good friends" for a season, before their relationship bloomed into a serious romance. 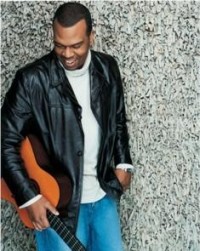 Antonio received a full basketball scholarship to Texas A&M University in Kingsville, about five hours south of Houston, and he and Sharralisa wed at age 19, after his first year of college. The couple moved back to Illinois soon after marrying, with Antonio dividing the next four years between three colleges, all still on full basketball scholarships. His plans for a career in the pros faded in the 1994/'95 season, when a severe knee and ankle injury permanently hampered Antonio's ability to play at the level he had previously been capable of. It was Antonio's darkest hour. He remembered, "I went into a total depressed state of mind. My whole life was built on my basketball dreams and when that came tumbling down I could not handle it in a positive manner. I was already a believer and I thought that this was what God planned for my life. I mean, I gained weight, stopped playing sports or exercising for that matter. I just didn't have any clue about what was next for my life and that was a scary thing."

Gradually Antonio's musical gift began to reveal itself as more than a Sunday only kind of thing. In his early 20s Antonio felt confident enough to do small-time concerts and in 1999 released his first album independently. Another followed in 2000. The singer/songwriter looks back on these projects with considerable affection. "I can say that I thank God for those experiences. One CD was a lot like my new one. It was about my life as a believer, songs of my faith, family and culture. My second album was a collection of marriage songs - I really loved putting this CD together because it was different than what most Christian artists did."

Getting five songs on a Katinas album suddenly catapulted Antonio into the frontrunners of the Nashville songsmiths. Commented the songwriter, "Writing for the Katinas was a great start and I thank TobyMac for opening that door to me." Antonio entered through with enthusiasm. More than 40 cuts by other artists followed including Darlene McCoys' "Fallen In Love" from the hit soundtrack Tyler Perry's Diary Of A Mad Black Woman. Now that Antonio has established himself as a singer I wondered whether he would cease to write for artists. "I think my experience as a songwriter and producer is a little bit of both... Most of what we do is based on relationships that take time to forge, but also there are those times when something happens and it has nothing to do with your relationships, but God opens a door just for you. I really love when it happens like that.. My goal is to keep Jesus Christ as my source and promoter. He knows how to do it best.

"I want to write and sing about the things I go through, and a lot of people go through. I know, and I think it's clear in my songs, that at the end of the day, who's in control and who's going to get me through. And that gives me the freedom to look at, and live in, and write about all the aspects of his creation."

Awesome story , I believe in this artist He has the secret to success and his name Is JESUS ! Your music is inspiring , thank you
And may the LORD continue to bless you brother .