Bebo Norman: The American songsmith talks about his 'Myself When I Am Real' album

BEBO NORMAN was quizzed about his new release. 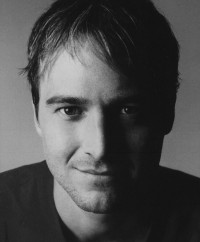 How does your new album compare with 'Ten Thousand Days' and 'Big Blue Sky'?

This project is a medium between my last two albums. Musically, 'Big Blue Sky' stretched me in healthy ways that were outside my limits, but now I've sprung back and landed in a place where I feel like an adult as a songwriter. These new songs express the things I want to share more than ever. My goal with this album has been to portray myself as accurately as possible.

How did the sessions for 'Myself When I Am Real' go?

The atmosphere in the studio was really relational - we had visitors almost every day and at any given moment I might find myself watching some amazing musicians make sounds happen or one of Ed's kids make us all laugh. Friends stopped in just to check on us and we played video games more than we played our instruments. It felt like this album was created right out of my normal every day life.

Tell me a bit about the song "Great Light Of The World".

I don't know where the initial idea for "Great Light Of The World" came from. It was just a chorus melody in my head, I think - but I somehow stumbled back across that melody late one night in Nashville. Sitting on my couch in the dark just after the most beautiful thunderstorm, I watched a cloudy evening turn into one of the most worshipful experiences I've ever had. At home alone and quiet with my fears, I rediscovered the absolute and utter sufficiency of God's grace. Salvation was no longer a theory for me. I was living it in real time. So I reveled in it and soaked it up and poured out a song of reverence, in my own words, to the Great Light Of The World.

A life on the road is notoriously difficult. How has all the touring you've done changed you?

I started realising that I was desperately in need of relationships that were more than just five minutes. But for three years all I had were five minute relationships. And so I would come home and be so relationally exhausted because I wanted to pour everything into every five minute conversation I had with people after a show. I didn't reserve anything for the people who were the closest to me. I spent three years driving around by myself in a car, spending 99.9 per cent of my time with strangers and so when I moved back to Columbus, GA, it was really grounding to come off the road and take two weeks to get normal again and then it would just be my nieces and nephews throwing up on me. That transition to me was pretty huge because it made me realise that there's a beautiful place for those temporal relationships, but I have to keep a portion of myself for the intimate relationships in my life.