Bebo Norman: The singer songwriter leaving music at the end of 2013 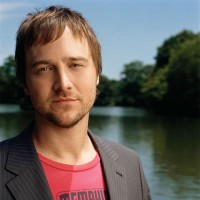 Artists who have achieved a level of success enabling them to play to paying audiences, with or without a current hit record, tend to go on touring and recording as long as they can make a living through their music. So the announcement from Jeffrey Stephen "Bebo" Norman was to play his last ever concert at the end of 2013 and then leave the world of music making came as a considerable shock. After all the singer/songwriter from Columbus, Georgia, has down the years become something of a fixture in the Christian music scene with his 2002 album 'Myself When I Am Real' becoming a major Christian music seller and such Bebo Norman songs as "Disappear", "Nothing Without You" and "I Will Lift My Eyes" being much enjoyed by audiences around the world. Since Bebo's shock announcement broadcaster Mike Rimmer was able to speak to the songsmith about his momentous decision.

Mike began by reminding Bebo that when they first met he'd been told that he'd put his place in medical school on hold so he could go out and do music. Had the university kept that medical school placement open? Bebo responded ruefully, "I'm afraid the statute of limitations ran out on that. They've got nothing for me at medical school anymore. And the sad truth is I feel like I've probably got nothing for them. My old, worn-out mind probably couldn't handle what that young mind of mine thought it could handle back then."

So, reflecting on 20 years' worth of making music, Norman is quite candid. "I tell people that in a lot of ways I feel like an accidental musician, in the sense that it definitely wasn't my plan. The reality for me, as a believer, is I realise that it wasn't accidental but I do also realise that with that kind of sentiment, that foundation, I just always had that sense that music was a season and that that season would come to an end at some point. When I first started I gave it a year - that was my long-term plan - and one record. And it's turned into almost 19 years now and 12 records later here I am. It's been a crazy ride and one that I could not have enjoyed more."

So what is Bebo most proud of achieving in his lengthy stint in music? He responded, "When I started I was playing coffee shops and little bars and clubs. It was small audiences and it felt intimate and it felt personal. What I'm most thankful for is when I play live shows to this day, almost 20 years later, whether on tour with Third Day or MercyMe or Amy Grant, and all these people were playing arenas, and still to me it felt like a small, intimate conversation rather than a show. I think that is the thing I'm most proud of and the most thankful for." 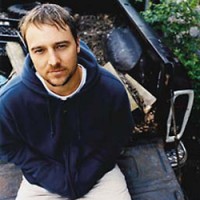 Leaving music will mean that inevitably Bebo will lose contact with the thousands of fans who, electronically at least, have had interaction with the singer. He admitted, "I thought about that today, while I was driving home. I was twittering with a couple of folks and it was one of those things where I thought, whatever it is I move into I wonder if it will even make sense and people will have any interest at all in knowing that I'm having a house or some of the things I'm thinking about doing. But at the same time in a strange way the thing I think I'm most excited about as I move into this next season is that my world is going to get a little bit smaller and that to me is really appealing for some reason. It kind of feels like it's time to let my world be small and more about my wife and my two boys and our immediate community here in Franklin, Tennessee where I live."

How have people responded to Bebo's announcement to leave music? "There's definitely a contingent of people who tried to talk me out of it. But the lion's share by far has been people who just in a very sentimental and kind way have told me story after story of how God's used my random little living room songs in their lives, in specific moments in their lives. I sat for about an hour the other day and read through Facebook comments and Twitter comments - I didn't even get through them all, not even close. I was overwhelmed with this sense of gratitude a) that God has done what he's done with it and b) that people were willing to tell me about that and to let me go out, if you will, with this real sense of feeling proud that I've been a part of something that really has meant something to some people out there. And maybe been a part of something that God really has used. That to me has been a pretty overwhelming thing. It kind of caught me off guard but it really moved me in a pretty profound way."

So does the songsmith know yet what his non-music job will be? "I feel more called away from music than I feel called to something else. My heart just hasn't been in music for a while. I told somebody the other day I don't want to write a song again until I have to write a song, that I feel this up welling in my heart. So I don't feel like I'll never write a song again but I really don't have plans to. In the immediate it's a little bit difficult to walk away from something that is still providing for my family and making a good living on the practical level. But it's not hard for me on a heart level because I feel peaceful and certain that it's time. What that leads to next is the great question. I love working on old houses. My wife and I have bought a couple of old houses and fixed 'em up to sell on. It seems really appealing to disappear into that for a while. But I feel compelled to be part of something that is about the larger call of Christ. I worked for Compassion International for years so to be involved on some level with an organization like that, organizations that are about serving the 'least of these'. I still feel really compelled to do something like that as well. It'll be interesting to see where it lands and maybe it'll be a mix or a handful of things, I'm not completely sure what it will look like."