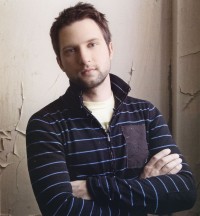 When award-winning singer/songwriter Brandon Heath was preparing for his new album 'What If We' (released in the UK in September) he wrote 45 songs for the record. Only 11 of the songs made the cut. One of the songs dropped from the album was "What If We". But even though the song didn't make it, Brandon liked the phrase so much the he retained it for the album title. He told Christian Retailing magazine, "[That phrase] is all about possibilities. And possibilities don't happen without taking risks."

Born and raised in Nashville, Tennessee, Brandon got his start playing guitar and writing songs as any guy of 14 might, trying to impress a girl. He remembered, "I got a guitar as a Christmas present. I took a month of lessons to learn the basics so I could write songs for my girlfriend. I think we broke up about two weeks later. I found this thing inside of me that was waiting to get out and I still think it's begging me for wings."

Brandon met Jesus through a youth outreach organisation called Young Life. He was surrounded by examples such as his high school student teacher Miss Owens, who through her example of faith and determination inspired him to look at his own gifts and how to serve God with them. That same Miss Owens would go on to become known to the world as the Dove Award winner, Ginny Owens. As the presence of Christ penetrated his life, it began to be reflected in his music, writing songs that were not only personal, but also shot through with a common thread found in every man. "It is my hope at least," said Brandon, "that people can take my song and make it their own. I think for a songwriter to find any worth in his craft, he first has to give it away. People are honest, they'll let you know if you are reaching them or not."

Ironically it was Young Life, the same place he found his faith, that gave him the chance to share it with others through music. After having his guitar stolen in the spring of 2000, Brandon decided to make a short album of his own songs in order to raise money to replace the instrument. While working at Malibu, a Young Life camp in British Columbia, he sold the album to the kids there. They couldn't get enough. Back home, his mom had to take on the roll of CD operations manager involuntarily, spending hours at Kinko's running copies of the insert for Brandon's album just to keep up with demand. One short summer and over 1000 CDs later, Brandon knew he had had a clear taste of what his future would be.

Brandon played at Young Life camps and retreats over the years, graduated from college, played regularly in the local Nashville music scene, as well as leading worship at West End Community Church. His clear tenor, both versatile and melodic, brought a motion and a soul to a 2003 album, 'Soldier' released on Capilano Music. Produced by Chris Davis, this album brought in top rate musicians such as Ed Cash (Bebo Norman, Caedmon's Call), Ruth McGinnis and Matt Wertz. 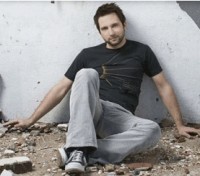 The 'Soldier' album attracted the attention of Reunion Records. 'Don't Get Comfortable' was Heath's major label debut and was produced by Dan Mukala (Backstreet Boys, The Afters) who artfully used his pop music dexterity to mould earthy songwriting into a hitmaking CCM sound that rose above the clutter of mindless radio pop without losing its larger than life hooks. The first single off 'Don't Get Comfortable' was "Our God Reigns", which Heath had been playing in churches for several years. He wrote it shortly after the United States went to war in Iraq in 2003. During a time of anxiety about war and national security, Heath had a revelation about the Lord's sovereignty. "I decided that I can't put my faith in man," he said. "I have to put it in God."

But it was Brandon's song "I'm Not Who I Was" which shot to number one on US Christian radio and established him as a new CCM star. Said Brandon, "I found an old photograph of a person that I hadn't seen in a long time. There was some hurt that came along with the memory of that person. Looking at the picture, it inspired me to write a song about forgiveness. I was able to speak my heart through the song and move on in the freedom of forgiveness. This is a personal song and I wasn't sure if I wanted to put it on the record. Now that I have, I'm glad that I did."

Another outstanding song on 'Don't Get Comfortable' is the thought provoking title track. Penned with Phillip LaRue it is a powerful attack on comfortable Christianity. Said Brandon, "'Don't Get Comfortable' is a song about the life God has called us to. A life lived with Christ is not an easy one, but it promises transformation into the very character of Jesus. Change doesn't come from complacency; it comes form dying to yourself and serving others."

In 2007 with Heath enjoying mucho airplay and touring the US he stunned the Nashville record industry by accepting a position as a worship leader at a United Methodist church near Houston. "I was out there on tour and they asked me to be their worship leader," Heath recalled. "Think if the audacity of that. But I was like, 'Yeah.'" From a pragmatic standpoint, the move wasn't exactly a savvy career decision, not with Heath's touring schedule ramping up and the fact that his label was based in Nashville. But the phrase "what if we" is all about the "we," Heath said, "because we don't do it along." And indeed, one of his priorities "was to be a part of the body of believers" - something he feels very much a part of in Houston.

With their usual irritating habit of ignoring independent albums and years of small gig dues-paying, the Gospel Music Association of America's Dove Awards for 2008 named Brandon Heath New Artist Of The Year. Somehow, one gets the feeling that the Dove Award isn't going to go to his head. In a recent interview Brandon said, "I don't think people just want rock stars anymore. They want to know that people who are doing music are just like them. That's what I want! I look up to people who I feel are somewhat attainable and their lives aren't squeaky clean. It's a challenge for me to live what I preach. If I say I'm gonna do it, I gotta do it or I'm a fraud."

May God's awesome grace continue to shine upon your life always .Your music is soo uplifting n May the Lord bless you and keep you always .....I also use your songs for my voice practice..so awesome!!!!!Be blessed and we love you Brandon xx

Keith Green once said that music ministers will hear God say "Well done" when their lives prove what their lyrics are saying, who make music last place compared to truly worshipping God.
Good job, B... I mean, ahem!, well done...

Brandon,
i just wanted to tell you your music inspires me and brings me closer and closer to God. Your song "wait and see" changed my life and pushed me to want to follow through with my dreams. your songs also make me feel like im not the only person in this world seeking God. Keep up the great work and thank you!
your #1 Fan